How Are Wasp Populations Changing?

In 2019, there is speculation that wasp populations might be particularly high following from the record numbers we witnessed last year. Although many infestations, such as moths, are a nuisance but not a nightmare. Wasps, on the other hand, present a real danger to human beings. 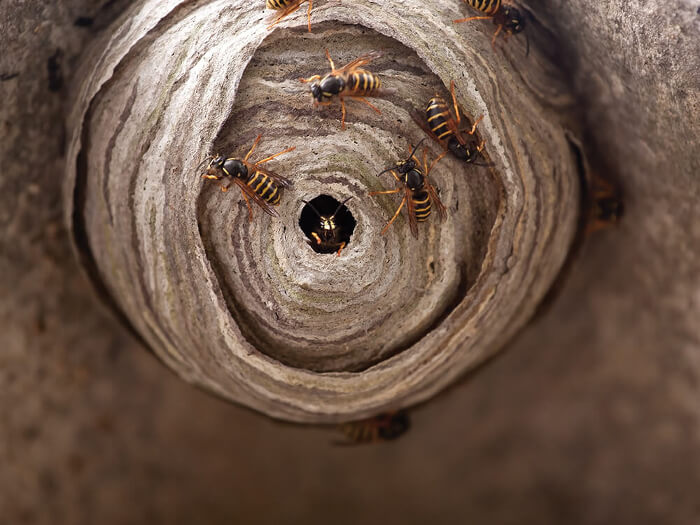 In 2019, there is speculation that wasp populations might be particularly high following from the record numbers we witnessed last year. Although many infestations, such as moths, are a nuisance but not a nightmare. Wasps, on the other hand, present a real danger to human beings.

Having said that, predicting pest populations isn’t simple and climate change is making our guesses even more inaccurate.

If you find a wasps’ nest around your home or commercial property, get in touch with us immediately on 0800 808 5615.

There is no getting around the fact that the number of wasp problems that we were asked to respond to in 2018 was massively increased. Wasp populations were increased which was almost entirely due to extended periods of high temperatures. This is because insect lifecycles are linked to temperature.

The metabolism and other life processes of wasps kick into gear as temperature rises. As a result, when it gets to spring wasp populations will become active and their nests will grow. However, they usually peak by around August and might even allow their nests to survive through the winter months.

2018 saw record temperatures that alarmed many environmentalists. As a result, wasps reached peak population sizes around a month or two earlier in June.

How High Were the Populations?

There is no arguing with the fact that the wasp populations were high in 2018, although it might be the case that we have overstated the issue. There may be other factors at play in terms of explaining why wasps were more of a nuisance.

Wasps aren’t the only creature that responds to warm weather; humans spend much more time outside when the weather is warm. As a result, humans spent much more time in spaces where wasps are active and naturally became more aware of nests.

We cannot say for certain how much populations increased and what effect the temperature had. However, it is a real possibility that a lot of the ‘scare’ was a result of the British public becoming much more aware of was activity due to being outside.

What Does Climate Change Mean for Pest Control?

As our climate changes, the weather is becoming increasingly unpredictable. Historically the weather has been significantly more consistent from year to year. There has always been outlying warm and cold spells, but the weather was a lot steadier.

Pest activity came in seasons that could be predicted and prepared for. However, not that temperatures are so varied, pests are appearing and thriving when we might not fully expect it and the pest calendar is much less consistent.

Rodents have always been more of a problem in winter as they seek shelter when the temperatures drop. The question has to be asked, will rodents be happier to stay outside as the climate warms?

If temperatures get higher and higher, will wasp populations continue to thrive? After all, their breeding season will become significantly extended.

We don’t know for certain how the pest calendar is going to evolve as our climate changes, but we do know that we will be the best company available to deal with any problems that arise.

We appreciate the need for a quick response when it comes to dealing with wasp nests, especially if you know that someone around the property is allergic to their sting. Our technicians can typically arrive and carry out the work on the very same day.

Nests can occur in many different places, such as in a loft or under shrubbery, but we are happy to remove the nests from any location.

Please keep in mind that we cannot guarantee that every last member of the wasp colony will be gone from your property when we are finished; any that were not inside the nest when it is removed will likely be spotted for a couple of days after. However, there will only be a few and they will eventually die or move on.

Our technicians have the relevant training and experience to carry out the work quickly and safely, as well as any protective gear required.

Alternatively, complete our contact form, and one of our sales representatives will be in touch as soon as possible.